The Woman in Islam :: Presentation of Islam :: Janaza (Funerals) 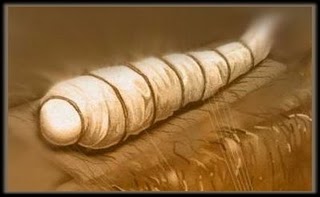 Is it possible for women to pray "Janaza Prayer"? Is there any mention in the Qur'an of this? What about in Hajj trip in Makkah?

Praise be to Allah, the Lord of the Worlds; and blessings and peace be upon our Prophet Muhammad and upon all his Family and Companions.

There is no verse in the Qur'an concerning the funeral prayer for men or women. However, there are sound texts about this prayer in the Sunnah. It is lawful for the woman to participate in funeral prayers as she is addressed by the Sharia orders and commands on the same level as the man unless specified otherwise. There is no evidence from the Sunnah forbidding or showing dislike for women's participation in funeral prayers. All the scholars are agreed on this matter. But this rule is limited to funeral prayers in the house or the mosque. It is not recommended for the woman to follow the coffin when carried to the graveyard, even if her intention is to participate in the funeral prayer. Al Bukhari and Muslim narrated from Um Atiya Al Ansaria () that she said: "We were forbidden to accompany funeral processions, but this prohibition was not mandatory for us."

Al Hafidh Ibn Hajar explained this Hadith by saying: "This means, it was not emphasized on us to avoid this as it was emphasized on us to avoid other things. It is as if she had said: "It was made dislikable to us to follow coffins while being carried to the graveyard. But it was not made unlawful to us to do so". Al Qurtibi said: 'this restraint does not mean unlawfulness it means that it is only dislikable' Al Qurtibi's opinion is the same as that of the majority of the scholars. Imam Malik believes that this is lawful to women. This is also the opinion of Ahl Al Medina (inhabitants of Al Medina in the era of Malik). The evidence for the lawfulness is the Hadith narrated by Ibn Abushaibah from Abu Huraira that "the Prophet was attending a funeral when Umar saw a woman. Omar shouted at the woman. The Prophet told him to leave her …." [Ibn Majah and Al Nasai].

So, if this is the rule for women regarding the obligatory prayers then the same rule applies to their following coffins being carried to graveyards.

The Woman in Islam :: Presentation of Islam :: Janaza (Funerals)