Equality of Men and Woman in Islam, and their complementary nature to one another

Equality of Men and Woman in Islam, and their complementary nature to one another 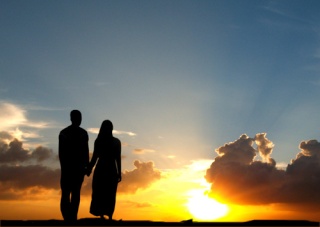 In one sense, equality between men and women is possible and reasonable because they are both human, with similar souls, brains, hearts, lungs, limbs, etc. In another sense, equality between men and women is impossible and an absurdity due to their natural differences in physical, mental, emotional and psychological qualities, inclinations and abilities. Between these two we must tread to illuminate how they are equal, and how they are complimentary.

If total equality between all members of the same gender is impossible due to natural differences in strengths and other qualities, regardless of whether the gender is masculine or feminine, then it is definitely impossible between the two genders. Allah, the Exalted and Almighty, says in the Glorious Qur'an:

And of everything We have created pairs, that you may remember (the Grace of Allah).[51:49]

Even atoms exhibit this dual quality with inter-related and complementary roles played by the positive and negative particles and ions, yet each is an integral part of the whole system of the so called binary basis of all life. Most living beings have male and female sexes for reproduction. As the science of biology teaches us, all mammals have similar traits in their molecular and glandular structures that determine differences in gender. These basic physical, psychological and sexual traits have their definite effects on other spheres of life.

It is natural for a man to need and find fulfillment with a woman and for a woman with a man, since they are created one from the other and for one another. They both are inseparably bound to each other. Neither can they find fulfillment except when in the company of the other as legal and honorable mate and spouse, as Allah (The Almighty) says in His Majestic Book, the Qur'an, mentioned in the two verses cited in the preface:

O Mankind! We have created you from a male and a female, and made you into nations and tribes, that you may know one another. Verily, the most honorable of you in the Sight of Allah is the believer who has Taqwa (piety and righteousness). Verily, Allah is All-Knowing, All-Aware. [49:13]

In many instances Islam treats women as equals to men. Some of them are given below. In the coming sections we will expand on these themes in various contexts throughout the book.

Both the male and the female are equal in terms of their humanity. Islam does not categorize women, for instance, as the source of evil in the world for some & original sin that caused Adam (Peace be Upon Him) to be dismissed from Paradise, or to be the cause of evil in the world by setting loose a Pandora's box of vices, as some other religious doctrines and fables teach.

Allah, the Exalted and Almighty, states in the Glorious Qur'an:

O mankind! Be dutiful to your Lord, Who created you from a single person (Adam), and from him (Adam) He created his wife (Eve), and from them both He created many men and women... [4:1]

Does man think that he will be left neglected without being punished or rewarded for the obligatory duties enjoined by his Lord (Allah) on him? Was he not a mixed male and female discharge of semen pouring forth? Then he became a clot; then (Allah) shaped and fashioned (him) in due proportion, and made him into two sexes, male and female. Is He not able to raise to life those who are dead? [75:36-40]

Allah illustrated in the verses that He created both sexes from one single source. There is no difference between the two sexes in terms of qualifications in humanity, and each complements the other as the two genders of the species. Islam has abolished and abrogated all the previous unjust laws that demoted women as inferior in quality and nature. The Prophet of Allah (Peace be Upon Him) said:

Equal religious duties and rituals are required from both women and men. Testimony of Faith (Shahaadah), Prayer (Salah), Obligatory Charity (Zakah), Fasting (Saum), and Pilgrimage (Hajj) are equally required of both genders. In some cases the requirements are a bit easier on women to alleviate their special cases of hardship. For instance, in consideration of her health and physical condition, menstruating women or a woman in the state of postnatal bleeding and recuperation are absolved from the duty of prayers and fasting. She is required to make up the days of fasting missed due to menses and postnatal bleeding, but not her prayers, as that would be too burdensome.

3) Equality in Rewards and Punishments

Both males and females have similar rewards for obedience and penalties for disobedience in this world and the Hereafter. As stated by Allah in the Glorious Qur'an:

Whoever does righteous acts, whether male or female, while he is a believer, verily, to him We will give a good life, and We shall pay them certainly a reward in proportion to the best of what they used to do. [16:97]

And the Lord Most Majestic says:

4) Equality in Preservation of Honor and Nobility

Women have the same moral obligations and are entitled to the same general rights as men in guarding chastity, integrity and personal honor and respect, etc. No double standards are allowed. For instance, those who falsely accuse a chaste woman of adultery or fornication are publicly punished, just as if a man is slandered. Allah, the Exalted, states in the Glorious Qur'an:

And those who accuse chaste women, and produce not four witnesses, flog them with eighty lashes, and reject their testimony forever. Indeed, they are those who are disobedient to Allah. [24:4]

Women are equally qualified and allowed to engage in financial dealings and property ownership. According to Islamic law women can own, buy, sell and undertake any financial transaction without the need for guardianship, and without any restrictions or limitations - a situation unheard of in many societies until modern times.

6) Best of you is the Best to his Womenfolk

Islam indicates that a man who honors, respects and deals with women justly and integrally, possesses a healthy and righteous personality, whereas a man who mistreats them is an unrighteous and unrespectable man. The Prophet of Allah (Peace be Upon Him) said:

The most complete believer is the best in character, and the best of you is the best to his womenfolk. [Tirmidhi #1162 and verified]

7) Equality in Education and Cultivation

Islam entitles women to the same rights as men in terms of education and cultivation. The Prophet of Allah (Peace be Upon Him) said, as reported and authenticated by the scholars of prophetic traditions:

Seeking knowledge is compulsory for each and every Muslim (i.e. both male and female).
[Ibn Majah #224 al-Baihaqi and verified]

Muslim scholars collectively agreed that the word Muslim when used in revealed scriptures includes both male and female, as we indicated in parenthesis. Thus, Islam entitles women to the same right of education in order to understand the religious and social obligations, and obligated them both to raise their children in the best manner, in accordance with the right Islamic guidance. Of course women have certain obligations in bringing up their children that are commensurate to their abilities and men have complementary obligations to finance, protect and maintain according to their added responsibilities in the family unit.

The Prophet (Peace be Upon Him) said:

Whoever takes care of two girls until they reach puberty, he and I will come on the Day of Resurrection like this.” The Messenger of Allah (peace be upon him) then joined his fingers to illustrate this. [Muslim #2631]

About female slave girls, the Prophet of Allah (Peace be Upon Him) said:

Whoever has a female child with him (under his guardianship from slavery), and trains her in the best behavior, and teaches her well, and then frees and marries her, will have a double reward. [Bukhari #97 & Muslim #154 ]

Men and women have similar obligations and responsibilities to reform and correct the society to the best of their capability. Men and women shoulder the responsibility of enjoining good and forbidding evil equally, as Allah, the Exalted, states in the Qur'an:

The believers, men and women, are helpers, supporters, friends and protectors of one another, they enjoin all that is good, and forbid all that is evil, they offer their prayers perfectly, and give Zakah (Obligatory Charity) and obey Allah and His Messenger. Allah will bestow Mercy on them. Surely Allah is All-Mighty, All-Wise. [9:71]

Men and women have set and determined rights to receive their fair share of wealth, just as they are obliged to give Zakah (Obligatory Charity) according to the set calculation. All Muslim scholars unanimously agree upon this. A woman has her set share of inheritance, as will be discussed in more detail later, which was a right unthinkable in many societies.

10) A woman, just like a man, can give someone the right of seeking refuge and security among the Muslims

And if one of the polytheists seeks refuge, give him until he hears the words of Allah, then take him to his place of security.

The Messenger of Allah (Peace be Upon Him) said:

And the protection of Muslims is one, and the least among them can give protection; and whoever usurps the right of a Muslim then the curse of Allah and His angels and all the people is upon him, and no repentance or ransom will be accepted from him [Bukhari #3008]

This is also proven by the famous story of Um Hani' (Mother of Hani') when she gave protection to a polytheist who sought refuge with her on the day of the conquest of Makkah after her relative threatened to kill that person (for some past enmity) so the Messenger of Allah (Peace be Upon Him) said,

These are just some of the rights, mentioned here as examples in a summarized way to indicate the comprehensive nature of the Islamic jurisprudence.

Similar topics
» Islam the blessing for woman
» Seeing woman for marriage without Hijab
» Wants to propose to a woman before he is able to marry her
» The Believing Woman is Alert
» Is giving da’wah mandatory upon the woman?