Fearing harm for having a beard

Fearing harm for having a beard 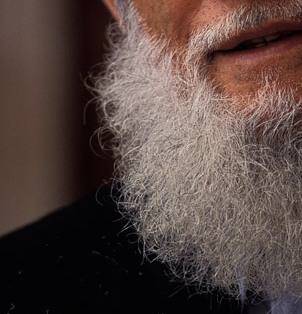 I'm planing to go back to my country and I heard they give a lot of trouble to people who they have their beard, especially what happened in the USA, so what should I do?

Islam orders Muslim to let their beards grow and to trim the moustache. Ibn Umer related that the Messenger (Sallallahu Alaihi wa Sallam) said: "Differ from the polytheists: let your beards grow and shave your moustache". [Reported by Imams Bukhari and Muslim]

It goes without a doubt that the above-mentioned practice was the Sunnah of the Prophet and his companions (and all other Prophets before him) in word and in deed. That is why scholars say it is an obligation for every Muslim to let his heard grow.

But, the Divine Orders are based on averting harm.

Therefore, if letting one's beard grow will cause some harm such as imprisonment, torture, displacement and killing, a person may cut his beard short as a first step or even shave provided that he makes sure that simply cutting it short will not save him.

And necessity is measured and estimated according to situation. Allah Says (interpretation of meaning): {Whoever disbelieved in Allâh after his belief, except him who is forced thereto and whose heart is at rest with Faith; but such as open their breasts to disbelief, on them is wrath from Allâh, and theirs will be a great torment.}[16:106] Allah also Says (interpretation of meaning): {…But if one is forced by necessity without willful disobedience nor transgressing due limits, then there is no sin on him. …}[2:173].

This is proof that most people cut short or shave their beards just because they fear some harm or for no reason, or they do not want to be inconvenienced in any way in the cause of Allah. So, they prefer to cut short or shave their beards. This in fact does not constitute a genuine reason to do so. In addition, this last behavior is a form of weak Iman, if just feeling fear of some annoyance drives one to cut short or shave his beard or to avoid adherence to any of the teachings of Islam. This, practice in turn, will lead one to abandon Islam step by step.

Allah Says (interpretation of meaning): {Alif­Lâm­Mîm. [These letters are one of the miracles of the Qur'ân, and none but Allâh (Alone) knows their meanings.] Do people think that they will be left alone because they say: "We believe," and will not be tested. And We indeed tested those who were before them. And Allâh will certainly make (it) known (the truth of) those who are true, and will certainly make (it) known (the falsehood of) those who are liars, (although Allâh knows all that before putting them to test).}[29:1-3].

This means that a true Muslim must believe that he/she has to pay the true price for his/her belief in order to be granted Paradise by Allah's Providence. So, one has to beware Satan's slippery situations.

As a final word, one has to commit oneself to the Orders of Allah and His Messenger; to hold fast to the teachings of Islam as long as there is no incontestable danger; to act according to one's conscience even though people give their opinion in the favor of one side or another.
We ask Allah to help people return to Islam in word and in deed.