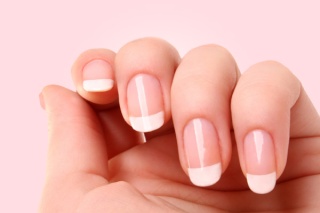 I would like to ask about cutting the nails, should we cut them (as I do) or leave them very long? I have read many times that cutting the nails is a must and they should be pared every 7 days trimmed every 40 days, as I try my best to advise my friend that Shaitan will be under them, but she chooses to listen to others as they tell her what she wants to hear. I have tried many times now to advise her and don't know what to do now for the best. Could I be wrong in my understanding in what I have read? Please advise me in what is the right path to take?

It is proved in the sound collections of Hadith of al-Bukhari and Muslim from Abu Hurairah (Radiya Allahu Anhu) that Allah's Messenger (Sallallahu Alaihi wa Sallam) said: "Five things are part of one's Fitra (human nature and disposition): Shaving the pubic hairs, circumcision, trimming the moustache, removing the hair under the arms and trimming the nails".

The above-named Hadith indicates that performing such acts constitutes part of human Fitra, which Allah has created in all human beings; it also urges them to do such acts so as to acquire the best and finest qualities of the human being.

As mentioned above, trimming the nails means to pare them and to keep them short so as to prevent dirt from remaining under them; otherwise this constitutes a violation to the Sunnah of the Prophet (Sallallahu Alaihi wa Sallam). He (Sallallahu Alaihi wa Sallam) stated that we should not leave them (acts of Fitra except circumcision) more than forty days as reported in a sound Hadith by Imam Muslim. This means that we are allowed to leave trimming the nails no more than forty days; otherwise it becomes disallowed.

In addition, if leaving the nails to be long is just to imitate non-Muslim women, then it becomes a violation to Shari'a for two reasons: imitation and breaching the Prophet's (Sallallahu Alaihi wa Sallam) guidance.

As for the inquirer's saying that the devil will be under long nails, there is no evidence in the Qur'an or Sunnah for such assumption according to our knowledge.