Shaving the moustache and other questions

Shaving the moustache and other questions 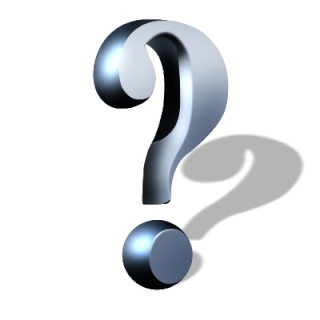 1. Is shaving the moustache a sin? Does one have to grow it and trim it without shaving it all off?
2. Do you become a Kaffir if you sometimes don't offer a few Salat (without a valid excuse) but still believing it is obligatory upon you to pray the 5 Salat always? When does a Muslim become Kaffir concerning neglecting Salat? Can you quote the evidence from the Qur'an and Hadith.
3. What are the conditions for your major sins to be forgiven if you repent? List them; Is doing good deeds one of the conditions for your major sins to be forgiven? If so, is there a possibility that you can still be forgiven without doing good deeds.
4. The Ayah: Be guardians of your Salat (especially) the middle Salat. And stand up in devotion to Allah. What does it mean by guarding your Salat. Why has Allah emphasized the middle Salat (Asr)when all 5 Salat are important?
5. Is it Halal for your pants to touch the top of your ankles or the middle of your ankles without lowering them below your ankle?
6. Which one is a lesser evil: praying early on time without Wudu or praying late with Wudu?
7. Is it Halal to pray in a room where there are pictures of living being which you did not bring in?

Praise be to Allah, the Lord of the World; and blessings and peace be upon our Prophet Muhammad and upon all his Family and Companions.

1. Shaving the mustache completely is permissible according to the most correct opinion of the Muslim scholars, even though Imam Malik disliked doing so.

2. The appropriate way is to cut only the mustache, which hangs on the lip and leave the remaining. Removing it completely is not advisable.

3. Allah Says (interpretation of meaning): {Say: "O 'Ibâdî (My slaves) who have transgressed against themselves (by committing evil deeds and sins)! Despair not of the Mercy of Allâh, verily Allâh forgives all sins. Truly, He is Oft-Forgiving, Most Merciful. "And turn in repentance and in obedience with true Faith (Islâmic Monotheism) to your Lord and submit to Him, (in Islâm), before the torment comes upon you, then you will not be helped.}[33:53-54].

Allah also Says: {Truly, Allâh loves those who turn unto Him in repentance and loves those who purify themselves (by taking a bath and cleaning and washing thoroughly their private parts, bodies, for their prayers, etc.).}[2:222].

4. As for the meaning of the verse; "Guard strictly (five obligatory) As-Salawat (the prayers) especially the middle Salat (i.e. the best prayer -'Asr) …"[2:238] it is a Command of Allah for Muslims to perform the prayers in their fixed times completing all precautions and obligations. The "middle prayer", the prayer of 'Asr, according to the most preponderant opinion of the scholars, is mentioned in particular due to its great importance. It does not mean that the other prayers could be neglected since the verse begins with ordering to keep all the prayers.

5. One who extends his garment beyond his anklebones commits a sin whether it is done due to pride or not. But, doing so as an act of pride is a major sin.

In the Prophetic Hadith: "One who draws one's garment arrogantly, Allah will not look towards him on the Day of Judgment". [Reported by Imams Bukhari and Muslim] This Hadith, in fact, does not restrict or limit the ruling expressed in the following Hadith: "The part of loin cloth, which is below the anklebones, is destined for the Hell-Fire". [Al-Bukhari] Another Hadith supporting this view is: "The loin cloth of a Muslim should be up to half the length of the calf of the leg. Or at the most between the calf and the ankle joint, but there is, however, no harm if it is above the ankle, (or said there is no harm). That which hangs below the ankles is destined for Hell. Allah will not look towards a person who lets down his loin cloth out of pride" [Abu Dawood].
As for the ruling, "a ruling is governed by its cause", we state that the "cause" is letting one's garment loose or down and not feeling of pride.
In addition one's ankles should not be covered by his garment. In the Hadith: "One's loin cloth should not cover one's ankles" [Ibn Majah].

6. Everyone who performs prayer knowing that he is not in the state of purity, no doubt such a person commits a great sin. So, he should make sincere repentance and should beg the Forgiveness of Allah.

Moreover, such a person should repeat all those prayers which he performed without Wudu (ablution). Tahara (ritual purity) is a basic condition for the validity of prayer. Thus, a person must obtain the ritual purity and make Wudu for performing prayers. Allah Says (interpretation of meaning): {…If you are in a state of Janâba (i.e. had a sexual discharge), purify yourself (bathe your whole body). …}[5:6].

The Prophet said: "Allah does not accept any prayer which is performed in the state of impurity". [Reported by Imam Muslim]

In fact, the one who performs prayer without being in the state of purity is the same as the one who does not pray at all. Some scholars even believe that such person becomes Kafir.
On the other hand, once a person makes Wudu he may perform as many prayers as he likes as long as the ablution is not nullified by one of its known nullifiers.

7. Praying in a place that contains pictures is permissible for the general rule of the Prophet who said: "When the time for prayers comes, a Muslim may pray wherever he may be". [Reported by Imams Bukhari and Muslim]

It is better however for a praying person to seek a place free from impurities, pictures, and anything else that could disturb him and divert his attention from prayer.