The Woman in Islam :: Family :: Pregnancy and maternity 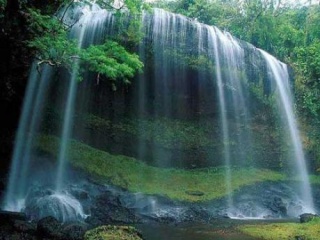 The Ruling Concerning Performing a Cesarean Section This issue occurs in one of four situations:

1. That the mother is alive and the baby is alive: In which case it is not permissible to do any surgical operation except under necessity such as when delivery becomes difficult, etc. This is because it is not permissible to perform operation when there is no need, as the body is a trust that must be cared for by every person. He must not do anything that threatens it except for a more useful goal, because the operation may harm the child.

2. That both mother and child are dead: Here, it is not permissible to perform the operation for there is no benefit in it.

3.That the mother is alive while the child is dead: Here it is permissible to perform operation to remove it. Because, obviously –and Allah knows best –it will not be removed except by an operation.

• If there is a fear for the mother with the operation, it is not permissible to perform the operation as the fear of the harm prevents doing what may benefit.

• If the possibility of harm is very low, and the child may continue to remain in her womb, then there is no problem with the operation, because the continued existence of the baby in her womb prevents her from pregnancy.

4. That the mother is dead while the baby is alive: Hanbali scholars have stated that it is forbidden to operate in order to remove the child. Their reason for this ruling is that is involves mutilation and a transgression upon an honor that is existent for the sake of a life supposed to be existent, except where part of the child has started coming out, in which case it is allowed to operate to bring out the rest. They said, ‘it is allowed for a midwife to pounce on it so as to force it out’.

Ibnul-Qayyim stated in his book –I’laa, al-Muwaaqqi’een [3/413] –that is was said to Imam Ahmad that Sufyaan was asked concerning a woman who died with a baby moving in her womb, that he said: “I don’t see anything wrong with slitting her stomach to remove it.” on hearing this, Ahmad said: ‘Evil indeed is what he said.’ And he continued to repeat that, saying ‘Subhaanallah –glory be to Allah, ‘Evil indeed is what he said.’I say [the author], the reasoning of our scholars, which is that this involves mutilation, implies that it should be permissible in these days since the operation does not involve any mutilation.

• Based on this, the correct view is that of Sufyaan, which is that it is compulsory (Waajib) to operate if there is a high probability of the baby’s safety,

• Or strongly encouraged (Mustahab), if it is likely that he survives,

• And permissible (Mubaah), where there is a low chance of its survival.This is so because of many reasons:

One: Because it is based on that which was forbidden by our scholars, their reason no longer existent as, once the stomach is incised and then stitched back, after removing the baby, there is no mutilation.

Two: The honor of the living is greater than that of the dead. So, if we were to assume that incising her stomach involves dishonoring her, then doing that is less than dishonoring the living (baby which is exposed to death).

Three: The baby is a living and honorable human being exposed to death, and operating to remove it involves saving a human soul from death, which is compulsory, as the benefit can be achieved without any harm.

Four: That our scholars have permitted operating the case of a child who is half into the world, to remove the rest –based on the reason that his life is known (for sure), whereas before it comes out its life is only imaginary –implies that there shouldn’t be a difference between the two situations, before or after it has started coming out, so long as we are sure of its life.

Five: The benefit in it outweighs the harm and it is well known that Islam either compels Muslims or encourages them (to do things) whenever their benefit is higher than their harm; For there is no doubt that incising the stomach of a dead, pregnant woman, to save her baby is a benefit that outweighs the harm in it. Hence, the thing boils down to either being compulsory or encouraged, or (at worst) permissible, according to the level of hope in saving the life of the child, or otherwise..

The Woman in Islam :: Family :: Pregnancy and maternity